Message from the Chief

(April 22, 2021) We’ve recently received inquiries regarding law enforcement management of demonstrations in Allen. We want to provide insight on how the Allen Police Department works to minimize the unintended impact of the event and protect the safety of all involved.

Our department balances two important objectives when dealing with demonstrations: our responsibilities to ensure public safety and the constitutionally guaranteed rights of individuals to peaceably assemble. Our officers treat all citizens with respect and these same standards apply to individuals involved in peaceful demonstrations.

The size of recent peaceful demonstrations has varied. There have been several stationary demonstrations that have been small enough to hold on a sidewalk. Other demonstrations have attracted larger crowds of individuals, making the requirement to stay on a sidewalk unrealistic. In those cases, it is more reasonable to safely divert traffic around the crowd. Traffic diversion around a demonstration is the safest and most effective option since motorists continue to move.

As unreasonable enforcement actions during peaceful demonstrations can negatively affect a crowd, our current strategy is not only the right thing to do in terms of protecting constitutional rights, but it is the best strategy for safeguarding everyone involved in and around the event.

It is understandable that there is a level of frustration in the community when disruption of traffic is encountered. Please understand that your Allen police officers are working to ensure a safe event outcome while keeping you on route to your destination. To the extent that we can better inform the public of scheduled demonstrations to help them avoid traffic issues, we will  primarily be using Hyper-Reach, our urgent alerting system which provides notification sent out via text or voicemail through our dispatch operations. As we are able, will post information to our police department Facebook page.

(March 18, 2021) The Allen Police Department joins our community in sadness following the death of Marvin David Scott III. Mr. Scott died in custody at the Collin County jail following an earlier arrest by the Allen Police Department. I met with Mr. Scott’s family earlier this week to express condolences. When I asked how I could describe their son to our department and the Allen community, I learned that Marvin was a straight A student, a football player and generous to everyone around him.

The Texas Rangers are currently conducting an independent investigation into the cause of Mr. Scott’s death at the Collin County jail. The City of Allen and the Allen Police Department are cooperating fully with that investigation. To ensure the integrity of their investigation, the information we can provide is limited and may be reviewed below.

We offer our sincere sympathy to Mr. Scott’s parents, Marvin and LaSandra, and the rest of his family and friends during this difficult time.

Incident information
On March 14, Allen Police officers encountered Marvin David Scott III when responding to a disturbance call at Allen Premium Outlets. Our officers observed that Mr. Scott was acting in an erratic manner and were concerned for his safety due to the possible ingestion of drugs. They called for assistance from paramedics from Allen Fire Department. Mr. Scott was transported by ambulance to Texas Health Allen Hospital where he remained in the emergency room for approximately three hours.

Once he was released with a physician’s clearance that he could be taken into custody, Mr. Scott was processed at the Allen Police Headquarters holding facility and then transported and released to the custody of the Collin County Sheriff’s Office. 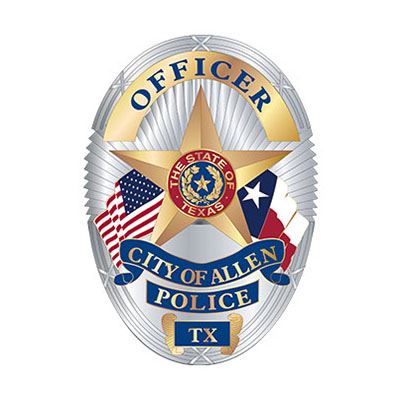